Mexico on the verge of political meltdown: Obama and other leaders should withdraw support for Peña Nieto, not court him (Al Jaljazeera America, January 9, 2015) 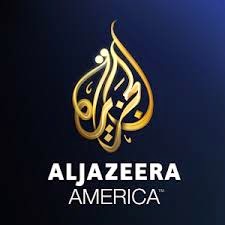 This week’s White House meeting between President Barack Obama and Mexico’s President Enrique Peña Nieto had much symbolism but little substance. The empty speeches, handshakes and promises of mutual support served two embattled leaders eager to use the meeting as a publicity stunt but left nothing in terms of concrete outcomes. Obama highlighted his halfhearted efforts to fix, as he put it, “our broken immigration system” and Peña Nieto desperately tried to appear statesmanlike amid the storm that has arisen from the Sept. 26 student massacre in the state of Guerrero and the accusations of conflicts of interest against him, his wife and his finance minister over homes purchased from a government contractor.

In fact, perhaps the only noteworthy part about the meeting was that it sparked dozens of protests throughout the United States against Washington’s blind support for Peña Nieto and the bloody drug war in Mexico. “USA puts the guns and consumes the drugs, Mexico puts the dead!” one protest sign read, summing up a growing sentiment on both sides of the border.

But as with so many issues, the U.S. government’s understanding is far behind that of the American people. The Obama administration has not budged on its strategy toward Mexico, despite its clear failure. During his meeting with Peña Nieto, Obama proclaimed that “our commitment is to be a friend and supporter of Mexico in its efforts to eliminate the scourge of violence and the drug cartels that are responsible for so much tragedy inside of Mexico.”

But Obama confuses Mexico with Peña Nieto and his government. The real allies in the struggle for peace and justice in Mexico are the families and colleagues of the students from the Raúl Isidro Burgos Rural teachers’ college of Ayotzinapa in Guerrero who were abducted and massacred. The school embodies both the utopian, democratic, liberationist ideals of the Mexican Revolution and the political commitment of the people of Guerrero. In fact, the bold, grass-roots leadership of the parents and classmates of the missing students is precisely what has enabled Mexico’s popular movement for peace and justice to grow so strong. Their demands should be supported by the U.S. and other nations.

The true voice of Mexico

Some analysts have suggested that Guerrero is somehow essentially chaotic and unruly. In a recent piece in The New York Times, for example, Enrique Krauze argues that the state “has been a violent, ungovernable place since colonial times” and that its residents are “full of lingering resentment over the dirty war of the 1970s.”

I was born in Guerrero. My father, Pablo Sandoval Ramírez, was one of the most important leaders of the state’s movements for democracy and against corruption during the 1970s and 1980s. He was a political prisoner and risked his life on numerous occasions during his untiring and peaceful struggle to put a stop to repression and the abuse of power.

Those of us who strive to continue the legacy of my father and the Ayotzinapa students are not motivated by resentment. On the contrary, we are simply sick and tired of living in a country where speaking out against abuse of power is criminalized and demands for accountability can land you in jail or a shallow grave.

The missing students were abducted by the police of Iguala, reportedly on direct orders from Mayor José Luis Abarca. The federal military has a base close by but did nothing to stop the kidnapping or the incineration of the students’ bodies. And the federal government waited a full 10 days before even initiating an investigation of the crime. The remains of only one student have been found and identified. And new information has put in question the government’s information about where and even whether the bodies were burned.

On Nov. 27, Peña Nieto held a press conference to announce technical fixes that would supposedly solve the problems highlighted by the student abductions. He proposed changing the emergency hotline number from 066 to 911, centralizing control over local police and modifying the country’s criminal codes. The notion that such changes would solve anything is farcical.

Such ineptitude captured Mexico’s current political malaise. The Ayotzinapa uprising is not simply a result of Peña Nieto’s disregard for public security and human rights. It is also a direct response to his misguided economic reforms and profound lack of popular legitimacy. Mexico needs wholesale structural overhaul, not cosmetic fixes and photo ops.

Mexico’s so-called democratic transition has failed to empower Mexican society and end impunity for the abuses of Mexican politicians. Instead, as with political transitions in Russia and many African and Eastern European nations, liberalization has meant nothing more than the diversification of power bases for the same old moguls and oligarchs.

Mexico is one of the most corrupt countries in the world. It ranked 34 out of 100 countries — tied with Bolivia, Gabon and Niger — in Transparency International’s 2013 corruption perceptions index. And Mexico is one of the most unequal countries. It is home to Carlos Slim, one of the richest men in the world, as well as to more than 65 million poor. Despite being the world’s 14th-largest economy and part of the Organization for Economic Co-operation and Development, Mexico has a shockingly high level of inequality; the country’s Gini index score, which measures the distribution of income or consumption among individuals or households in an economy, is comparable to Bolivia’s and Paraguay’s. 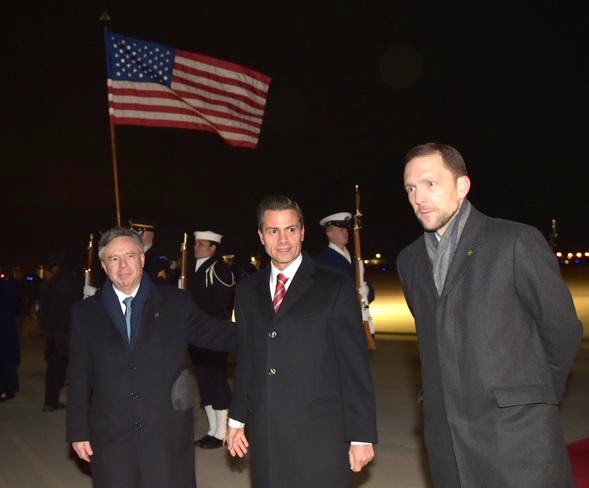 Mexico also suffers, of course, from the drug and arms trades and militarized strategies used to combat them. U.S. residents spend more than $109 billion a year on illegal drugs, a large proportion of which ends up in the hands of the drug cartels south of the Rio Grande. Meanwhile, on average 252,000 U.S.-made guns cross the border into Mexico each year, yielding approximately $127 million in revenue for gun manufacturers. Since President Felipe Calderón began his militarized drug war in 2006, 100,000 people have been killed, 22,000 disappeared, and more than 250,000 have been displaced.

Meanwhile, the return of Peña Nieto's Institutional Revolutionary Party (PRI) to power in 2012 has turned back the clock on politics. One of the first actions the newly elected Peña Nieto took was to reduce Congress’ influence. From 1997 to 2012, Congress increasingly became a powerful center of accountability and public debate leading the charge toward democratization. But Peña Nieto's Pact for Mexico, an agreement among the leaders of Mexico’s three main political parties, has transferred relevant decision

-making from Congress to the executive branch. As during the years of the “perfect dictatorship,” today political bargaining is once again opaque and informal, taking place behind closed doors at offices of the secretary of the interior.

Attacks on journalists, students and human rights activists have skyrocketed since Peña Nieto came to power. Despite such alarming violence and insecurity, authorities investigate only a minuscule 6.2 percent of crimes committed in Mexico. Most Mexicans simply are too afraid or think it is not worth reporting crime to the police. In addition, the police and prosecutors at the local and federal levels are frequently infiltrated and controlled by narcotraffickers or organized crime. Hence the root of the current crisis is not simply bureaucratic failure but the public’s lack of confidence in the political system as a whole.

Confidence in government institutions has fallen drastically over the years. Recent polls by the newspaper Reforma and by the polling firm GEA-ISA reveal that confidence in the police, the military and politicians in general has reached historic lows. Approval ratings for Peña Nieto are also the lowest they have been for a Mexican president in decades.

It should come as no surprise, then, that the central demand of the street protesters is Peña Nieto’s resignation, not legislation or specific reforms. The PRI ruled Mexico for 71 years without interruption from 1929 to 2000. It represents the worst of the old, corrupt and informal way of running the business of government. The call for his resignation is a demand to break his party’s iron grip of violence, corruption and impunity and radically transform the relationship between the state and society.

If Mexico had a parliamentary system, Peña Nieto's government would have already been subjected to a... Full available article at AJAMMexico on the verge of political meltdown: Obama and other leaders should withdraw support for Peña Nieto, not court him (Continue reading at  Al Jaljazeera America, January 9, 2015)
Publicado por ' en 5:53